FAKE NEWS (just seems like it could be true) 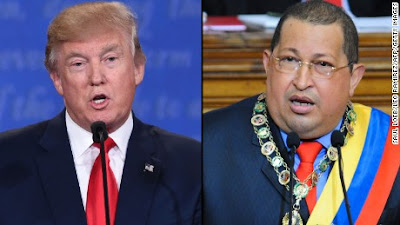 The Late Hugo Chavez, the ex-president of Venezuela, has announced he is planning to run against  Trump in the 2024 presidential election. We spoke to him via a “medium” who has had contact with a number of deceased leaders.

SN: Mr. Chavez does having been dead for more than 7 years at all hinder your ability to run let alone carry out the duties of President?

HC: Not at all. I just need to Tweet a lot and people think I’m doing a great job! I just won’t be able to play golf as much as Mr. Trump.

SN: Don’t you actually have to be a US citizen to run for President?

HC: Believe it or not I became a US Citizen during the Obama administration when I hacked into their computers and made myself one. I have all the paperwork to prove it too.

SN: How do you see yourself running your campaign from the grave?

HC: Actually I have to do very little campaigning at all since I’ve already hacked into your voting computer systems so winning is not a problem.  While I do have to make some appearances and hold rallies, my people are actively working with Disney on creating an animatronic version of me. They did such a great job on that one of Trump.

SN: What makes you think you’ll be attractive to US voters?

HC: I just let the Trump campaign paint me as a scathing socialist who will take away all their guns, give away their homes to minorities, destroy their suburbs, turn their sons and daughters gay, and ban going to church. There are a lot of people on both the Left and Right who would happily buy into all that crap. Besides, the thought of 4 more years of Trump, well…., what do they have to lose?

SN: Have you thought about a running mate?

HC: Actually I was thinking about Fidel Castro to be my VP.

Posted by Steve Friedman - My Satirical Side at 8:50 AM No comments: 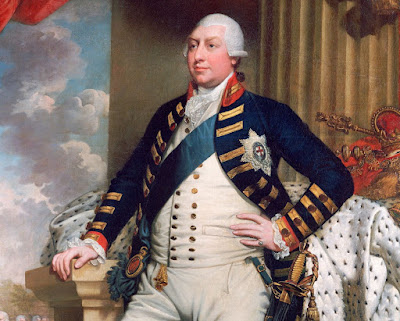 A person claiming to be a long distant relative of King George III is claiming that the first election was stolen from his great ancestor by sinister forces led by Federalists with the help of the French. He claims that the Loyalists had actually won the election but the Federalists destroyed their votes. “Unfortunately we did not have the Supreme Court then to intervene, or right now you’d be drinking tea and talking with a different accent.” He is now demanding that the Supreme Court now overturn that election that made George Washington its first president and restore the original 13 colonies to Great Britain and return the crown to him, the rightful heir. He has hired Rudy Giuliani to represent him.

Posted by Steve Friedman - My Satirical Side at 5:23 AM No comments:

ANTIFA Hornets Captured in Attempt to Steal The 2020 Election 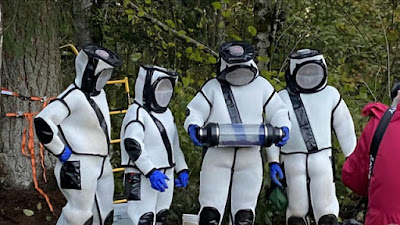 FBI has captured a large colony of Antifa Hornets very near polling places that President Trump lost votes at in the 2020 election. While the investigation is still on-going, officials in the Trump legal team state this offers conclusive proof that Antifa was instrumental in stealing votes from Trump and intimidating voters who would normally have voted for him. Trump tweeted this to his followers, “See I told you so!. This is POSITIVE PROOF that I WON THE REAL ELECTION! NO CONCESSIONS!”

Posted by Steve Friedman - My Satirical Side at 5:46 AM No comments:

Vladimir Putin Announces A “No Dictator Left Behind” Program 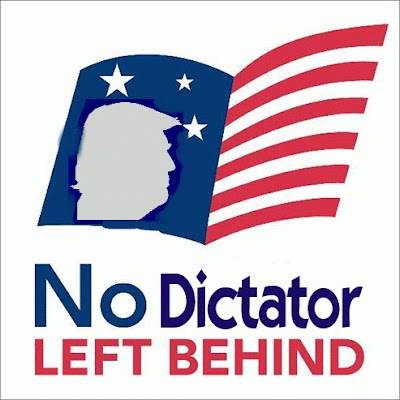 After Donald Trump’s surprising loss despite efforts to suppress voters, hamstring the USPS, and try to strong-arm the courts into declaring the election a fraud, Vladimir Putin announced he was starting a new program to help struggling would-be dictators.
The program is called “No Dictator Left Behind” and is designed to coach these struggling authoritarians like Trump and Alexander Lukashenko in more effective techniques to suppress voters and manipulate the election results.
“We can’t afford to have a whole generation of dictators fail simply because they didn’t have the skills needed to ruthlessly and stealthily suppress any opposition”, said Putin. “We will be sending our tutors to personally assist these struggling dictators and devise specific programs to help them quash the opposition. Some of these will include How to use Novicek Without Getting Caught, Packing the Courts and Justice Department with Sworn lackeys, Making People Simply Disappear, and Using Social Media and Conspiracy Theories effectively.
We certainly hope that with these interventions we can shape the world to our own liking."
Posted by Steve Friedman - My Satirical Side at 6:16 AM No comments: 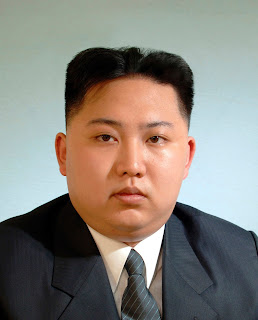 
Dearest Donald,
I am writing you once again to implore you to come and live with me here in Pyongyang. The American people do not deserve as just and great a leader as yourself. We are so much alike! You say you can grab all the pussy you like because you are famous. Me too! You say you can stand on Fifth Avenue and shoot someone and still the people would love you. I have shot thousands of people – right in the capital, and the people still love me! You want to have Hunter Biden put in jail. I would execute him and all of his family and friends! They mock you because of your small hands and weird hairdo, but no one mocks me because I am small all over, and have a weird hairdo.  Think of the walls we could build together. Think of the fun we could have together threatening the world with nuclear destruction, or hacking into everyone’s private files. We are two peas in a pod as you Westerners say. You could build a Trump towers right here in Pyongyang right next to mine, and put both of our names on it (mine bigger though). Please, Please say you will.

Most lovingly, your exalted leader Dear Leader, who is a perfect incarnation of the appearance that a leader should have.

Kim Jong Un.
Posted by Steve Friedman - My Satirical Side at 1:00 PM 1 comment: 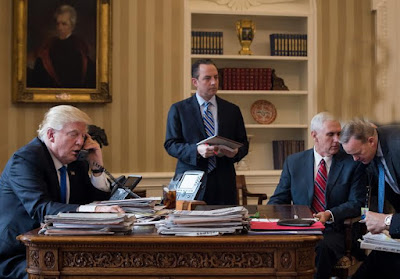 High ranking officials for the Trump reelection campaign are alarmed that the nation’s strategic supply of lies has become depleted to their lowest level in years. As one unnamed official stated, “Even in a normal election year, we’d expect supplies of lies to become low, but this year combined with the Pandemic, we are running through our remaining stockpiles of lies faster than anyone could have predicted. On some days we are telling as many as 60 to 70 lies per day. At some campaign stops we are even forced to re-use the same lies over and over again putting people at risk for getting caught in their own web-of-lies. Because President Trump is using such a high volume of these lies, down ballot candidates must find new ones to tell the public on their own often resulting in some real whoppers that no one buys, and they are getting laughed at or booed. “

Secretly the Trump campaign has had to resort to purchasing lies manufactured in other countries such as Russia, China, and even our arch-foe Iran just to meet daily rally needs. Political scientists warned us long ago not to rely too heavily on lies to sway the American public. They warned early on that constantly telling lies over and over again could produce the “Boy Who Cried Wolf Syndrome” where people rapidly become totally immune to lies and disregard anything coming out of a candidate's mouth. Attack ads that rely exclusively on people believing chopped up clips from things people said years ago and taken completely out of context are no longer arousing people’s anger. Claims of “Ushering in Socialism” and “Raising taxes on the middle class” still appear to have some effect, but without new and more potent lies, Trump’s poll numbers are fading fast. He had hoped for an October surprise with Hunter Biden’s laptop hard drives, but their efficacy is still in doubt, and time is running out for them to gain traction before a surge of final votes is cast.

Posted by Steve Friedman - My Satirical Side at 7:38 AM No comments: 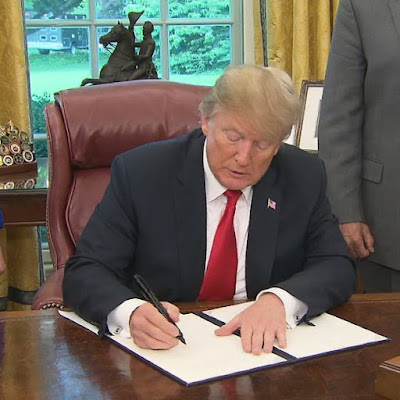 Trump today signed an Executive Presidential declaring him the winner of the 2020 Presidential election regardless of the actual vote.

“The Constitution under Article II gives me the power to declare me the winner. This way we know already who is going to be president and not have to worry about voter fraud – which is rampant because of mail in ballots and COVID19 - which is disappearing because of great efforts “

In Response, FOX news has put Trump Wins across their banner.

Posted by Steve Friedman - My Satirical Side at 2:01 PM No comments: